In preparation for a PDX-JFK round-trip mileage run recently with my wife, I did a little bit of research ahead of time regarding the Priority Pass lounge situation at JFK. Given that we had a four-hour early-morning layover, the comfort of a lounge was a key selling point to a skeptical spouse! (And, unfortunately, the new JFK Centurion Lounge won’t be open until 2019.)

I knew we were landing and taking off from Terminal 7, and that Priority Pass only had lounges in Terminal 1 and Terminal 4. A few Google searches and FlyerTalk threads indicated a couple important details to me. First, while the Terminal 4 Wingtips Lounge (review forthcoming) is a fine place to pass some time, the Air France and KAL lounges in Terminal 1 seem to get higher marks. Second, multiple travelers noted that while getting through Terminal 1 security can be a bit of a pain without a boarding pass for that terminal, it is definitely allowed with any JFK day-of boarding pass.

Moving Between Terminals at JFK

It is also worth noting that most (or all?) of the terminals at JFK cannot be moved between airside. So switching terminals to go to lounges requires going in and out of security multiple times, as well as riding the free AirTrain. Thus, one should factor this in to the time and frustration equation. We arrived at Terminal 1 security at around 5:45am on a weekend morning and found no line. There were three employees at the first checkpoint, just to view boarding passes. The first lady took one look at our passes and said, “You can’t come in here with that (domestic) pass!” Her two co-workers agreed, but the “boss” said, “but you’re welcome to go ahead and try to get by the TSA Screener.” So ahead we marched.

Once we got up to the TSA Screener with the boarding pass reader, we put our phones on the scanner, she looked at our ID, and waived us through. The only thing she noted was “no Pre-Check, so everything must come out of your bags!” (Pre-check appeared closed) She wasn’t lying. Unlike anything else I had experienced in quite some time, they made us take out just about everything, including ALL food.

But we got through. No problems. That said, I could see some overzealous employees on the front end of the screening not even letting people go past. So be prepared for that.

Getting into the Air France Lounge Just after getting through security in Terminal 1, you take a quick right for a short walk to both the KAL and Air France lounges. Both have certain hours where Priority Pass members are allowed, but it seems that one or the other is available most of the day. I had not seen any mention, in my “research” or in the Priority Pass app, about Priority Pass cardholders getting turned away during peak periods or for any other reason.

We arrived a few minutes before the 6am opening time for the Air France lounge and had to wait until 6:05 or so before they opened the doors. In the meantime, we noticed two different signs out front that warned about Priority Pass cardholders being turned away at peak times. We were the only people waiting and went right in to find a friendly employee at the desk. As usual, we showed her our Priority Pass card and she asked for our boarding pass. She took one quick look and told us we couldn’t come in because it wasn’t an Air France pass. After I disagreed with that premise, she then changed her story to say they would allow other passes from airlines in Terminal 1. But then she went so far as to say that she would have to “turn (us) in to the TSA manager on duty” – as we shouldn’t have even been allowed through security!

After some polite, but firm, push-back from me (including noting that I had researched this ahead of time and was certain it was allowed), she changed her tune a bit and allowed us to enter “for an hour – since we aren’t very busy.” True to her word, we got a polite bum’s rush after an hour.

Interestingly, I tried contacting Priority Pass via Twitter direct message during our stay in the Air France lounge. You can see my question and Priority Pass’ eventual (two days later) answer below. Apparently Priority Pass believes its cardholders should have access to the Air France (and, presumably, KAL) lounge(s), but either they need to figure out this situation or warn their members on their website and in their app. This was our biggest frustration. Priority Pass and Air France need to get their stories straight. The Air France lounge appears to be a nice, and fairly big, 2-story lounge. We were not allowed to go upstairs during our visit, but I believe it is just and extra seating area. On the first level, there is a mixture of tabled seating in the food and beverage area, some non-windowed seating near the entry, and then some more comfortable windowed seating areas along two exterior walls. One of the windowed walls just looks out to the road in front of the terminal, and the other set of windows looked out a bit towards the gates – but didn’t really have much of an interesting view. There were a few TV’s that were on (not surprisingly) French language stations. The highlight of the lounge (at least for our quick visit) was the food and beverage area. See the photo gallery for details. There was a nice selection of both hot and cold foods, including eggs, sausage, and some pretty decent croissants. On the beverage side, there was a very good quality self-service coffee maker, various cold drinks, and a nice selection of wine and self-serve hard liquor.

Getting Back to Terminal 7 (with a stop in Terminal 4)

Leaving Terminal 1 was interesting. Instead of going back to security and looking for an exit there, we were directed to what appeared to be a little back hallway next to the Starbucks near the lounges. There was an airport employee there who scanned our boarding passes and seemed rather confused about why we were in the terminal. In retrospect, I assume this is because most people who fly in to Terminal 1 are on International flights and get routed through Customs to exit.

We again got on the AirTrain and stopped at Terminal 4 to go to the Wingtips lounge. Fortunately Terminal 4 does have TSA Pre-Check, so the wait wasn’t too bad (the wait looked quite long for the normal lines).

After our stay at the Wingtips lounge, we again boarded the AirTrain and headed to Terminal 7. We were surprised to find a lack of TSA Pre-Check, which slowed us down a lot and caused us to cut it a bit closer than we would have liked for getting to our flight home.

While it is possible to access JFK Terminal 1 to visit the Air France and KAL lounges, it appears to be a YMMV situation and I’d think twice before trying it again. While we did prefer the Air France lounge to the Wingtips lounge, I’m not sure it’s worth the extra hassle and potential for problems. Of course, many of us are looking forward to the day when the Centurion Lounge comes to Terminal 4 in 2019.

We would love to hear about your experiences with using Priority Pass at JFK in the comments.

1 of 10
Disclosure: Miles to Memories has partnered with CardRatings for our coverage of credit card products. Miles to Memories and CardRatings may receive a commission from card issuers. Opinions, reviews, analyses & recommendations are the author’s alone, and have not been reviewed, endorsed or approved by any of these entities. 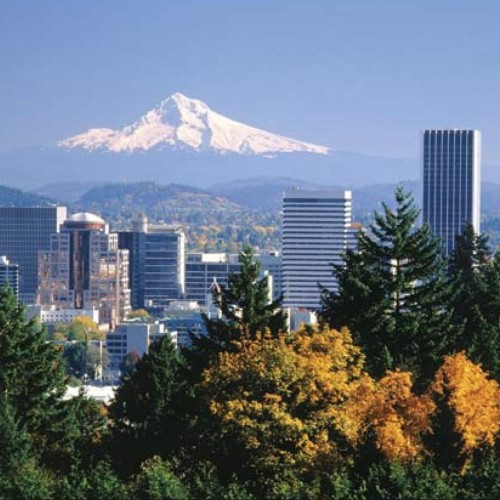 PDXDealsGuyhttps://twitter.com/pdxdealsguy
PDXDealsGuy is an occasional contributor at Miles to Memories. He blogs and tweets as his busy professional and personal life allows, striving to find good deals for and provide some education to friends and family.

Amex Centurion Lounge SFO Now Reopen! Double the Size, But Is It Enough?

A standard international business class lounge, but a pain to get to if you aren't flying from JFK's Terminal 1.JFK Air France Priority Pass Lounge Review & Is It Possible to Access When Flying Domestic?