I Have Been To North Korea Almost 30 Times & Counting…Why Do I Keep Going Back? 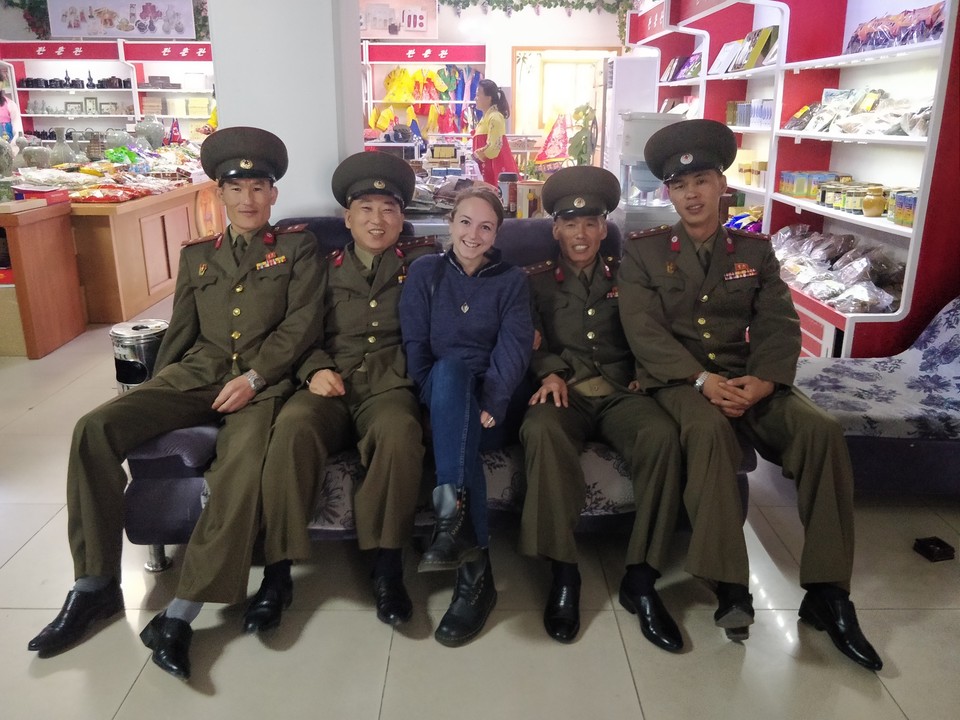 My first travel to North Korea was in 2015. I called my mum and told her I had a new holiday planned. She cried on the phone and begged me not to go. She told me I was breaking her heart.

I told her to do some research on travel to North Korea. ‘It’s actually safe, lots of people do it.’ I reassured her.

She refused to even type ‘North Korea’ into Google. So I went anyway.

And it changed my life.

Related: Life In A Country Without Coronavirus & How I Got Stuck Here

My First Travel to North Korea

I’m not sure what first compelled me to think about going to North Korea. It was a mixture of things.

The thought about travelling somewhere new, exploring somewhere so secretive, and the adventure and risk fuelled me on even more.

And, of course, I was defying my mother.

When I first went to North Korea, I didn’t go to the capital, Pyongyang. I wanted something a bit different – so I visited an area very few do in the far North East of North Korea, bordering Russia and China. I went on a 4 night 5 day trip with a small group of foreigners, including two Americans.

What I found when I got there was a journey I think everyone goes through when they visit North Korea for the first time.

Expecting to see military parades? Everyone walking round in the same clothes and haircuts? Being told what you can and can’t do all the time?

Visiting North Korea is, as I describe it, pleasantly underwhelming.

It’s mostly… kind of normal. If you can get over the abnormal.

You can take pictures and videos strangely freely, you can bring your phone, you can even buy a SIM card and have internet access (although it’s very expensive at over a couple of hundred USD – and that’s just the SIM card cost alone).

You’re not stuck walking in a group and you’re free to walk around the hotel, go out for a cigarette, enjoy the bars.

The government don’t record your conversations. And they don’t watch you 24/7 through a lens.

But the thing that’s most normal there is the people.

We forget that, apart from the government and leadership, behind the propaganda, there are normal people. Normal citizens living their daily lives. People with the same goals and wishes as everyone else in the world – to be happy.

And when I left, this is what I took with me after my first trip from North Korea.

Why I Went Back to North Korea

After coming out of North Korea and seeing it for what it’s really like, how so few get to see it, I realised I wanted to show more people what I’d seen.

And I remembered the foreigner who took me to North Korea, and I remember thinking as he worked and showed us around, hey, I could do this job. I knew I was good with people, I loved to travel, and I wanted to be someone who shows the “other” side of North Korea to people. Sure, there was also the aspect of “hey this is a cool job to put on my resume”.

I went back to the UK and finished the last year of my degree. And like it was meant to be, just a couple of months before graduation, I saw a post on Facebook advertising a tour guide job in North Korea with the company I first went with.

And the rest is history.

Why I Keep Going Back to North Korea

My first trip to North Korea was 5 years ago, and I started working in the industry around 3 years ago.  I’ve been going between China and North Korea on average once a month during this time, making it just under 30 visits to North Korea. The borders closed due to COVID-19 in late January, and I last visited just a week before the borders closed. That was the last time I visited North Korea in 2020. And probably the last time anyone will this year as a tourist, presuming the borders stay closed. But I still want to keep working in this industry.

Why after 30 visits to North Korea do I still feel like I haven’t got enough?

The People Continue To Bring Me Back

Don’t get me wrong, it’s not the country that I love. It’s not just the job with Koryo Tours itself, either. It is the people that bring me back.

There are many people there, North Koreans, who I know very well and I would refer to as friends, people I care about. I can keep in touch with them by going back to the country and seeing them – but no other way. They all appreciate the work I, and the work everyone in the North Korean tourism industry does, to bring foreigners into the country let them see with their own eyes what North Korea is really like – and also vice versa.

Travelling to North Korea not only opens your own eyes, but it opens the eyes of the North Koreans, too. It is an experience we both benefit from.

Is It Ethical To Travel To North Korea?

Note: Due to the US travel ban banning US citizens from travelling to certain countries, including North Korea, US citizens cannot currently visit North Korea. North Korea also closed its borders due to the COVID-19 pandemic, although North Korea has not reported any coronavirus cases.