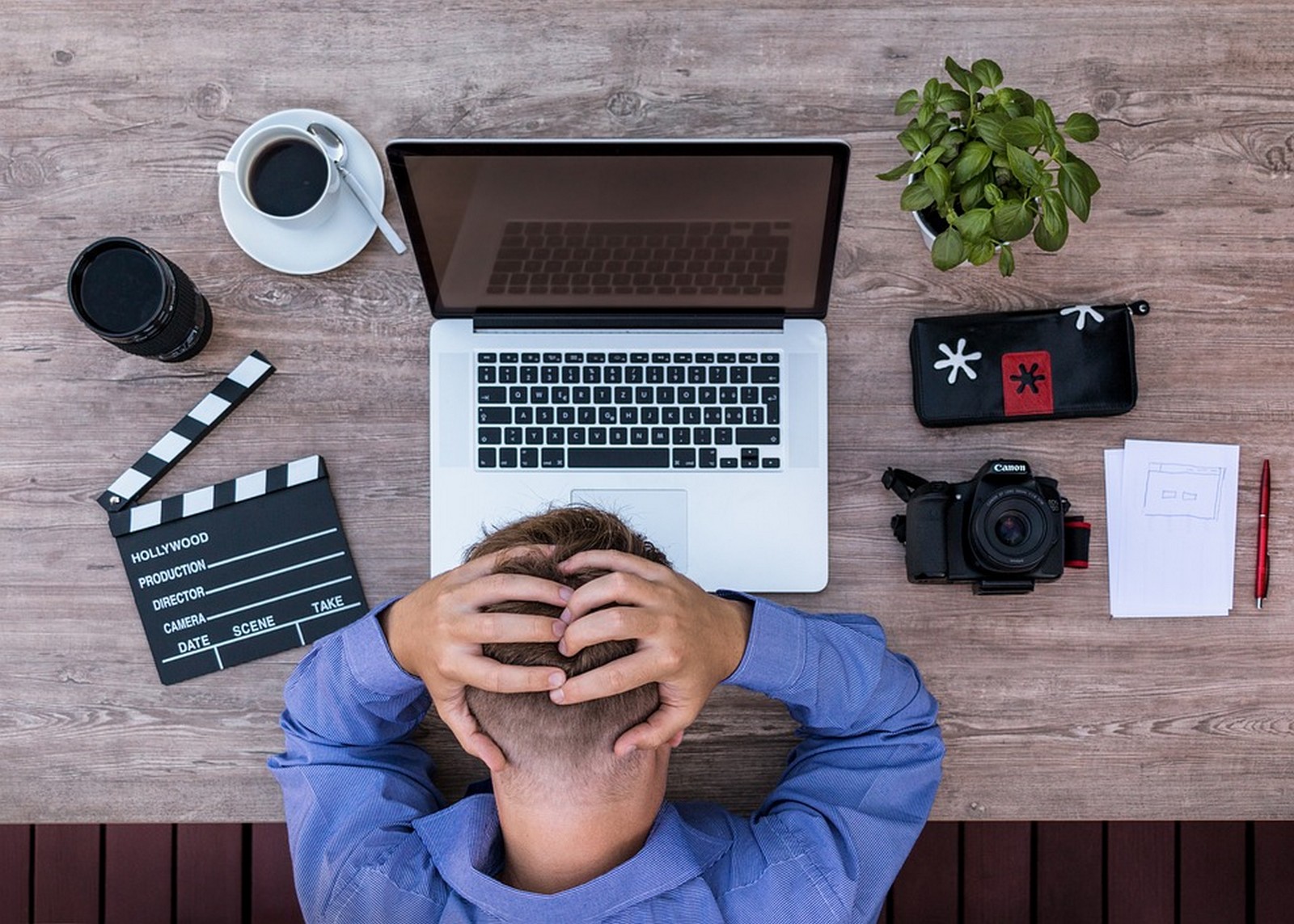 AA shutdown my American Airlines AAdvantage account this week (and my wife’s 1 minute prior to mine). Despite all of what you’ve heard or think you know, I believe there’s something new happening here. I think American Airlines has upped its game and changed tactics. I also want to talk about how it happened and what’s happening now, so anyone in a similar situation can start thinking about Plan B. While there has been no shortage of posts about American Airlines shutdowns on numerous sites, I think there’s something novel here that might give pause to some people in 2-player mode.

We mentioned American Airlines AAdvantage shutdowns a few times previously. The events: Around mid-December 2019, American Airlines started locking people’s frequent flyer accounts. There were suspicions and rumors. The data led to people being locked who’d had numerous welcome offer bonuses in their AAdvantage accounts during 2018-2019. We’re pretty sure all the data was related to Citi bonuses.

American Airlines really strung this out for a while, and Shawn mentioned that leaving people on the hook for weeks/months was not cool. Numerous people showed up to the airport clueless as to whether they’d actually get to board their flights while locked. Some could and some couldn’t. That’s not a good way to treat people, regardless of how you feel about these shutdowns. Let’s call it very likely at this point that American Airlines employees created accounts and started reading Reddit. As people posted data points about how to find out if your account was locked, everything changed. I’ve got to hand it to American Airlines that they were doing this. The only real way to know became either receiving an AA shutdown email or attempting to book an award ticket that just never confirmed.

My Wife Got Frozen

Now that we are up to speed, let’s talk about what happened to my wife and I. My wife’s AAdvantage account was frozen…best guess…first week of January. I say “best guess” because we’ll never know. She booked an award ticket in late December, and the ticket was issued/confirmed. Around January 10-ish, we tried to book another award ticket for her. It never confirmed. After 5 days, we called. The phone rep said it wasn’t confirming because the account was “being audited”. The phone rep said she’d spoken to the relevant department asking if they’ll contact us to clear this up so the ticket can be booked. The rep seemed unaware that this was happening to more accounts than just my wife’s. I say that because it sounded like the rep thought this would be solved in a few hours.

With my wife’s account frozen, I assumed mine would be soon. Why? We have the same address, and I was listed as the co-passenger (including my AAdvantage account #) on some of her upcoming award tickets. Also, our account activity was pretty similar. Let’s just assume any company doing audits and shutdowns will at least take a glance at the account of the 2nd passenger during this process. Why My AA Shutdown Highlights a New Trend

Knowing that the clock was probably ticking on my account, my wife and I had a talk. With our work commitments, her school, our dog needing walked during the middle of the day…when was the earliest I could take a trip and try to use up my miles? The time we chose on the calendar was this weekend.

I spent several hours looking for routing, flights I wanted to take with AAdvantage miles while I had the chance, etc. I went for several things on my previous post about AA sweet spots. Flights were booked and confirmed my flights for this weekend. In fact, the final flight in my planned trip was booked and confirmed just 4 days prior to the shutdown. Yes, 4 days before shutdown I confirmed and ticketed an award flight on my account.

Why am I harping on 4 days? Everything we thought we knew about these shutdowns was like this: lock/freeze for over a month, then get AA shutdown email. Most people waited weeks and months as “frozen” and wondering if they could board upcoming flights. In 4 days, my account went from working normally to shut down. That’s a new twist.

And they didn’t just seize bonuses, which I could understand in this situation. However, they’re seizing points people earned from flying on cash fares, daily credit card spend, retention offers from Barclays, etc. (Joe even talked about some of the crazier data points in the latest podcast) that aren’t related to these bonuses they’re upset about. I think this hobby is one giant “use the loophole”, and my wife and I were shutdown for using a loophole. In the process, we lost what anyone would consider valid American Airlines miles. There’s a legitimate axe to grind on those things, but that’s a different post.

I believe American Airlines is changing tactics again. Since my shutdown this week, I’ve seen new data points on others who were never frozen being shutdown immediately without the freeze period we thought was standard. This is still the less common path to shutdown, but it’s an emerging trend. I’m not trying to scare you, but I think it’s important to note that what we thought we knew might no longer be true. There are a few possibilities at play here to flesh out. The reason why I’m talking about this (even knowing the barrage of hateful comments coming) is because of how many people in this hobby have a “player 2”. Here are some things to think about:

Theory 1: Questionable associated accounts are shut down at the same time, “guilty by association”.

My first theory is that while auditing my wife’s account during the frozen period, they considered any associated accounts. Things like joint passengers or same address. When my wife’s AA shutdown clock struck midnight, they axed anything they felt should be taken out together. Thus, our emails came 1 minute apart. I was axed jointly with my wife without the typical freeze/review period because her time had come and we were associated + I checked some of the boxes they were looking for.

Theory 2: Avoid letting people use their miles if they’re on the “accounts to be reviewed” list.

My 2nd theory is that American Airlines is looking at accounts where anyone fits a certain description. We know “multiple bonuses” is one of those, but I won’t do their homework for them here by suggesting other ideas. Among other factors they add in, let’s assume my account was on the list “to be audited”. They noticed it was close to the departure date on my flights and they axed my account. They were planning on locking me and doing the normal review, but time was short. Straight to AA shutdown. Don’t pass go, don’t collect $200. This avoids letting anyone on the “to be reviewed soon” list from taking more trips. I’ve been getting “flight cancelled” and “taxes refunded” emails exactly 4 days prior to take-off time on upcoming flights. To the minute. They intervened to avoid more award trips on accounts they planned to close anyway.

Or Something Else Entirely

There could be something else. Maybe it’s just a coincidence. However, my data point of not being frozen and getting the AA shutdown email 1 minute after my wife got hers gives me pause. I can’t help but feel they’re connected if signed by the same employ and coming at the same time. If you have a spouse, sibling, or other “player 2” in this hobby, I hope you will think about this. If you’re currently locked and the P2 isn’t (or vice versa), it might be time to consider the “guilty by association” theory. Maybe 1 of the 2 of you isn’t frozen now, but my experience says that might not matter. There’s no knowing for sure, but think about it. The Data Points For 2 AA Shutdowns

For those who are going to ask for the data, I have no problem sharing. Here’s a recap.

We had no American Airlines welcome offers from credit cards prior to 2018.

I’m well aware of the animosity this topic has generated. Despite that, I’m sharing my experience to help others who should consider “what if?” at this point. If you’re in 2 player mode and 1 person is affected, it’s probably time for a talk. Maybe the other person has never had a Citi bonus from a referral code, and you think that account is squeaky clean. That’s awesome. If either of my theories applies to you, I hope some thinking and planning are on your “to do” list. I hope a solid Plan B is in the works for your upcoming trips.

I don’t think anyone in the AA shutdown group is looking for sympathy. The purpose of this post is to point out that what we thought we knew (4-6 weeks of freeze, then get American Airlines shutdown email and flights canceled/refund of taxes) seems to not be true. Prior to this week, there weren’t data points of people being closed down without being frozen first. Something is different now, and since my AAdvantage shutdown email arrived this week, other “I wasn’t frozen” data points are starting to emerge. I hope knowing this might help someone.

Customers at DFW now have an exciting destination to explore with the launch of the non-stop service on American Airlines to Auckland, New Zealand.
Read more