(Update) My Saga Continues: How Chase’s Customer Service Has Failed Me 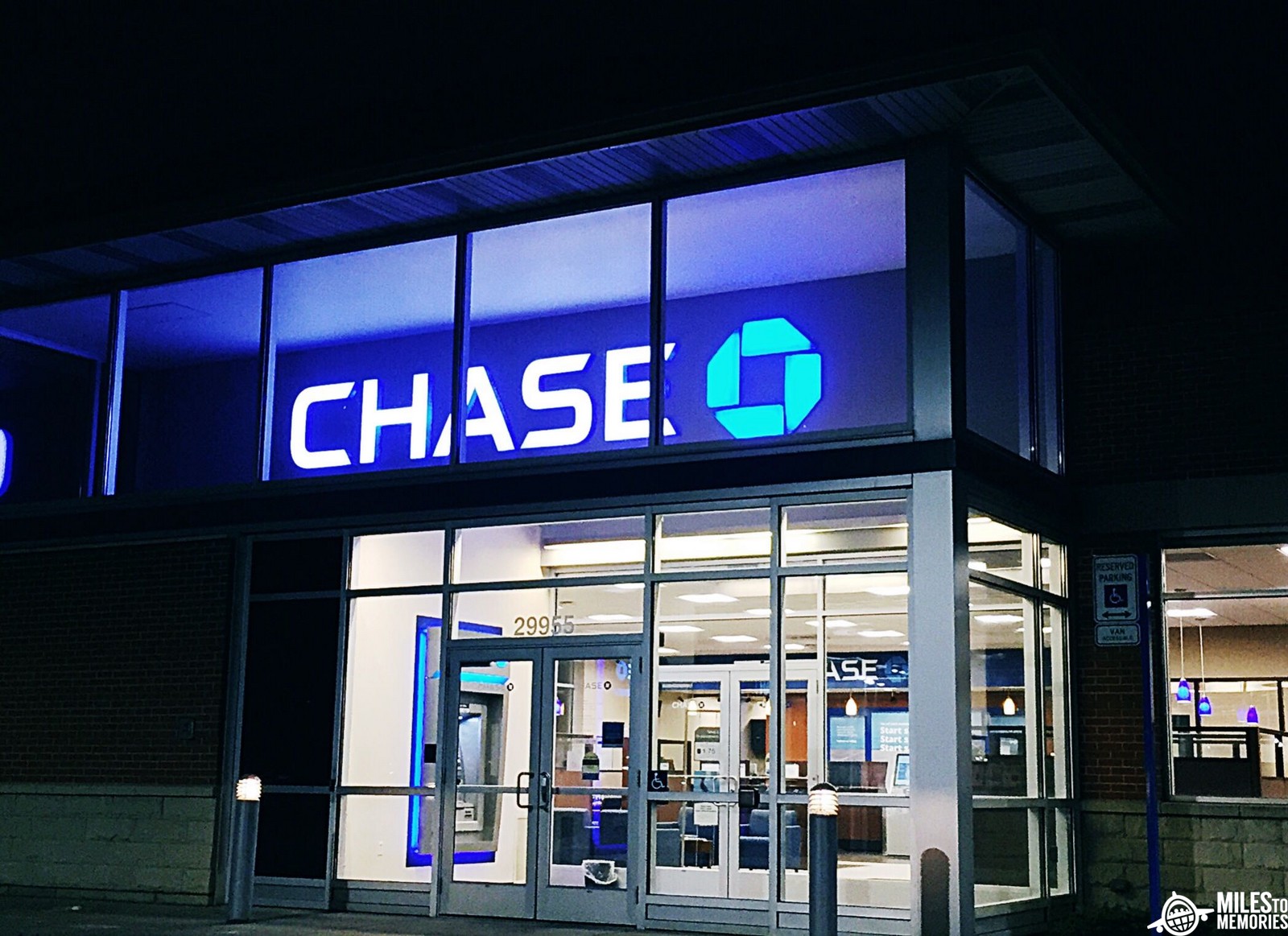 I thought I was done with all of this, I thought I was out of the woods with my new Chase Business checking account. The account I signed up for with the all time high $750 offer. Boy, was I wrong! My Chase Business Checking customer service issues have continued and even gotten into a Citi level of craziness.

I promised I would update everyone when this was all wrapped up.  I opened the account on October 20th and I finished my Amazon reloads on November 16th.  The bonus finally posted on December 14th.  Even though I had a ton of issues getting the account rolling the bonus posted without an issue. I am glad to have this in the rearview mirror. It was a pain but the payoff was pretty nice.

If you remember, from a few weeks back, I had all kinds of issues setting up my Chase Business Checking account. It mainly stemmed from the NAICS code used for my industry and a form I needed to fill out to say my online business was not internet gaming. After several calls that didn’t do the trick I headed off to the Chase branch.  I filled out the required form and the banker got everything squared away. Figuring that should do the trick I tried to transfer money into the account but ran into issues there and I was locked out of my online account. After a phone call into customer service I decided to deposit a check at the ATM instead. It didn’t sound like their fraud department was going to be able to handle me pulling money into the account from another bank.

After a few days the deposit settled, finally I was in the clear…or was I? I made a few purchases with the card to meet the requirements for the $750 new account bonus. A few days later I got a text saying I needed to call in or go to the branch by 11/4/21 or my account would be terminated. Uh what!?

It was a Friday evening and we had long drive to an event so I decided to call in to get it handled during the drive. After a 30 minute call back I spoke with a customer rep who told me that my account needed more paperwork. You know the stuff I filled out in the branch two weeks prior. The issue was that the Know Your Customer (KYC) department was so backed up that they had not reviewed it yet. The rep then informed me that the hold time for the KYC department was greater than 50 minutes…great!  Come to find out, no matter what time of the day you call, it is always a 50 minute plus hold.

I waited on hold for an hour and 30 minutes while we drove to our destination and I never reached a rep. I wasn’t going to walk around the event on hold so I hung up and decided I would hit a branch up instead.

The Branch Offers No Help

A few days later I sat down with another business banker.  She said it looked like everything on my account was in order but that they had not reviewed it yet to approve the account. The rep called into the customer service department and after 15 minutes they told her that we needed to get with Know Your Customer. She was informed that the hold would be greater than 50 minutes. She gave me the number to call to sit on hold and I left.

Calling In Again Gives Me Some Hope

I called into Chase once again to see if I could get anywhere. The first rep seemed very competent and said they could see all of the notes and that the form required was uploaded to my account. He said that I could wait on hold for Know Your Customer, at a greater than 50 minute hold, but that they should approve it once they got to my account. I asked if they would do it before the 4th, the date when they threatened to shut down my account, but he said he wasn’t sure. He suggested I give it a week to see if they catch up. I could then call in if there are more issues because of the hold times, and the fact that I had done everything I was supposed to. So that is what I did and I went forward with trying to reach the debit card transaction requirement. That was going fine until every charge started getting declined. I have money in my checking account, am using a debit card to pay for it, but yet I couldn’t use it. No fraud email, no fraud text, just repeated denials.

Calling In Again & Getting Nowhere

I had some time this morning so I called in once again. The first rep told me it was the Know Your Customer department that froze my account and that they were the only ones that could do anything. She said she would get them on the phone and to just give her a few minutes. I am guessing that is when she heard about the 50 minute hold and hung up on me instead of facing the music.

My frustration level was very high at this point. I had filled out the paperwork, called and visited their branches numerous times but this mythical KYC department seems to be on an island that no one can reach. My thought was that a supervisor could get me around this, they have to be able to right?

I called back in and told the rep I needed to speak to a supervisor and gave the backstory. She informed me that she could transfer me to the supervisor but they had the same phone numbers she had. I said, so they don’t have back door access to Know Your Customer? She informed me that they do not. She then put me on hold for the department and warned me of a greater than a 50 minute wait…shocker!

Finally I Am Victorious, Or At Least I Hope

I must have been a lucky son of a gun today because the Know Your Customer department picked up after about 30 minutes. Maybe Monday morning is a good time to call?

The rep said that the NAISC code did still not seem to fit my account well. She changed it to internet broadcasting and a whole bunch of other stuff. This is the same thing I went over on the phone with a rep weeks ago and again in branch with a banker. But I guess both of them got it wrong, as well as myself when initially signing up.

She then asked me questions about money services, internet gaming and the adult film industry. After I answered no to all of the questions she unlocked my account and said I was good to go.

Lessons learned from this experience:

Hopefully after all of this I get my $750 bonus without needing to contact someone. If this were a credit card, or points bonus, I would probably ask for some compensation for all of this hassle. But, since it is a cash bonus I doubt anything would be offered.

Chase really failed me as a customer here. It appears everyone knows that if you get the Know Your Customer department alert that you are in for a world of hurt. Each rep quoted long hold times before transferring me, or doing anything, so it is a known issue. An issue I am assuming a ton of people are dealing with. I would have thought this was a minor department that rarely gets involved but it looks like that isn’t the case, at least for business checking accounts.

Hopefully I don’t have anymore Chase Business Checking customer service issues going forward. If you want to avoid them in the future, set up your account in branch. I can not stress this enough!

What Is The Most Valuable Chase Personal Card? The Rankings May Surprise You

Our Chase personal card rankings are based solely on the welcome offer value in the first year and will be updated often as things change.
Read more
Chase

Chase Amazon Cardholders, Earn 5% on Gas & Travel and 3% on Groceries

Chase has launched new spending offers this quarter for Amazon cardholders. If targeted, you can earn 5% back on gas and travel purchases and 3% back on groceries.
Read more
Chase

The Chase Disney Premier Visa comes with a $300 bonus available via referral. You can earn $100 per referral too, share your referral here!
Read more