Negotiating Timeshare Deals: How I Turned That Recent 150K Hilton Timeshare Offer Into Something Much Better! Timeshare presentation package deals have become really lucrative in recent times. Hilton in particular has been pushing out offers that include a nice big stash of Hilton points starting with 125k late last year and reaching 150k with their most recent offer. While none of the hotels offered during this recent promo seemed like ones I would have ended up at otherwise, I couldn’t resist the points on offer and wanted to go out of my way to see what deal I could make work.

My experience in these situations has been that reps have some leeway to provide better deals or to at least accommodate different situations. I should also say that for some people, sitting through a timeshare presentation is something they’d never do, but after my experience with Hilton Grand Vacations a few years ago (you can read all about it here), I didn’t find it that bad at all, and certainly a lot more comfortable than my later experience with Club Wyndham.

The most recent Hilton timeshare offer was seemingly targeted to Hilton Honors Diamond members, and was bookable online or via the phone. If you book online, there is obviously no way to ask for a better deal and you do not get to see date availability until after you pay. For these reasons, and even with how much I despise phone calls, I highly recommend calling when making a timeshare reservation deal (after viewing the online pages and reading the offer terms).

While timeshare offers generally show a list of included properties in the terms, keep in mind that they will likely offer other locations when they sometimes run these deals. To take advantage of the 150K Hilton Honors timeshare deal I eventually decided on a long holiday weekend in Charleston since I have never been. While I was not too excited about the hotels offered there, I decided to see whether I might be able to be booked at a nicer one. I believe the main reason I was able to get a better hotel is because I did my research in advance, looked at availability at different Hilton hotels in Charleston for the dates I wanted, and had everything written down before I made the call. Knowing exactly what you want beforehand will help you and the representative significantly compared to just asking for more points or a cheaper package.

In my situation, instead of the Hampton Inn and Homewood Suites offered, two of the lower-end Hilton brands, I saw that there was a Curio and HGV property with standard room availability for the dates I wanted. While HGV quality varies by hotel, I found that this HGV in particular is impressively highly-rated with a rather rare 5/5 on Tripadvisor at the time of this article. A quick Google search showed an average nightly rate of around $300 compared to half as much at the Hampton Inn and Homewood Suites. Given that this offer is coming from HGV, I figured the HGV property would be the safest option to ask for. Indeed the representative said they do not work at all with the Curio hotel when I called.

Calling Hilton to Book – How It Went

The process of booking a Hilton timeshare is really broken into 2 calls. First, you call to make a reservation and pay; and second, you call a concierge line to confirm the dates and hotel. I wanted to make sure the dates and hotel I wanted were available, so I made sure to ask the first representative to confirm these details. The representative did check and confirmed that there was availability for the dates and hotel that I wanted and mentioned that there would be an upcharge in case I checked-in on a major holiday (which was not my case). I went ahead and paid with a credit card on file, and my total came to nearly $341 ($299+tax).

The first representative made it sound like I was all good and said I should expect a call from a HGV representative for final confirmation. Shortly after, a confirmation email came with no specific details whatsoever. I quickly called the concierge line, and the second representative said that they would have to confirm the dates and availability again. Disappointingly, he said that the HGV hotel I wanted was not available for my dates, and said that I could either pay to upgrade to a higher level suite (over a $100 daily fee, even though Hilton.com showed availability), move to a different hotel, or change my dates by half a month. In addition, he said that I would have to pay a peak season fee of around $150. I informed the concierge that this is not at all what I discussed with the first representative, and that I was unwilling to change the dates, the hotel, or pay the upcharge. I was on the verge of asking to cancel the whole package, but I was then put on hold for a few minutes, and afterwards the representative came back and agreed to everything. He said that he would have to put in a special request for the hotel and dates and that it might take 3-5 days to get confirmation. I accepted and thanked him. Luckily, only half an hour later, I received an email with all of the details confirmed. The calls took a little effort back and forth with representatives, but I think it was very worthwhile, as I ended up with a much nicer hotel and saved myself the $150 peak season fee.

How I Will Use the 150K Hilton Honors Points

I may be one of the few people who value Hilton points at a much higher value than the ~0.5c general consensus. While I have no interest in Maldives-type properties, I still find outsized value on a regular basis from Conrads and Waldorf Astorias around the world, and have been able to find 1-2c value on many occasions leading to very unique experiences.

Last year, I stayed at 4 Conrads and Waldorfs, and had great experiences at all of them. I do enjoy having a healthy stash of Hilton points available for those 95k per night properties.  In just a couple of months, We’ll be burning through 380k points for a 5-night stay at Conrad Tokyo, a redemption that would have cost around $7.5k in the middle of the cherry blossom season otherwise. Having already exhausted welcome offers on all Hilton cards, this was a unique opportunity to rebuild some of my points outside of organic spend.

While the timeshare deal I took advantage of is now expired, the chances are good that a similar one will come in the future. When that does come remember that the terms of the offer are just a starting point and it is possible to negotiate timeshare deals for better terms, better properties and more. Did you book a timeshare package with this offer, or are you planning on booking one the next time around? Let us know in the comments. 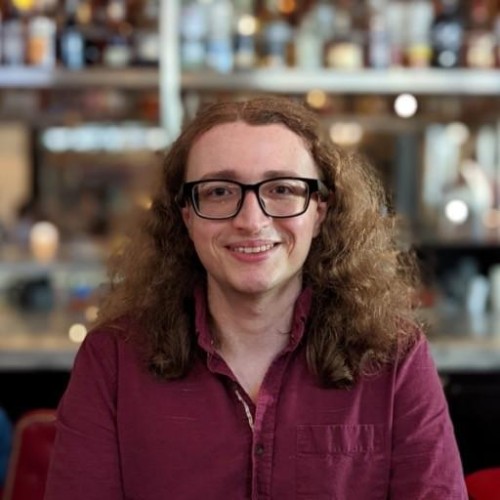 Husni Almoubayyed
Husni has lived on 3 continents and been to 23 countries (and always looking to add more). He enjoys learning about other cultures, and finding unique locations and dining experiences around the world with his wife. It's probably no coincidence with his love for exploring what's out there that he holds a PhD in Astronomy. Husni always loves talking to other points enthusiasts about a good redemption!

Extend Your Hilton Status till 2024 with Just One Stay [Targeted]