I know we are all dreaming of international travel and thinking about how many trips we are missing out on this year.  I am sure many of us are wondering, what is it like flying internationally during Covid-19? Because of that I figured I would share a buddy’s experience flying internationally a little over a week ago.  Tim is the one who alerted me to the issues with his Delta ticket he booked using Virgin miles.  Luckily, he was able to get home no problem.  While most borders are closed to US Citizens right now, even Canada’s, my friend needed to get home to the Netherlands for a family emergency. He has a Dutch passport and is a US permanent resident.  He was gracious enough to take some photos and share his experience with all of us. 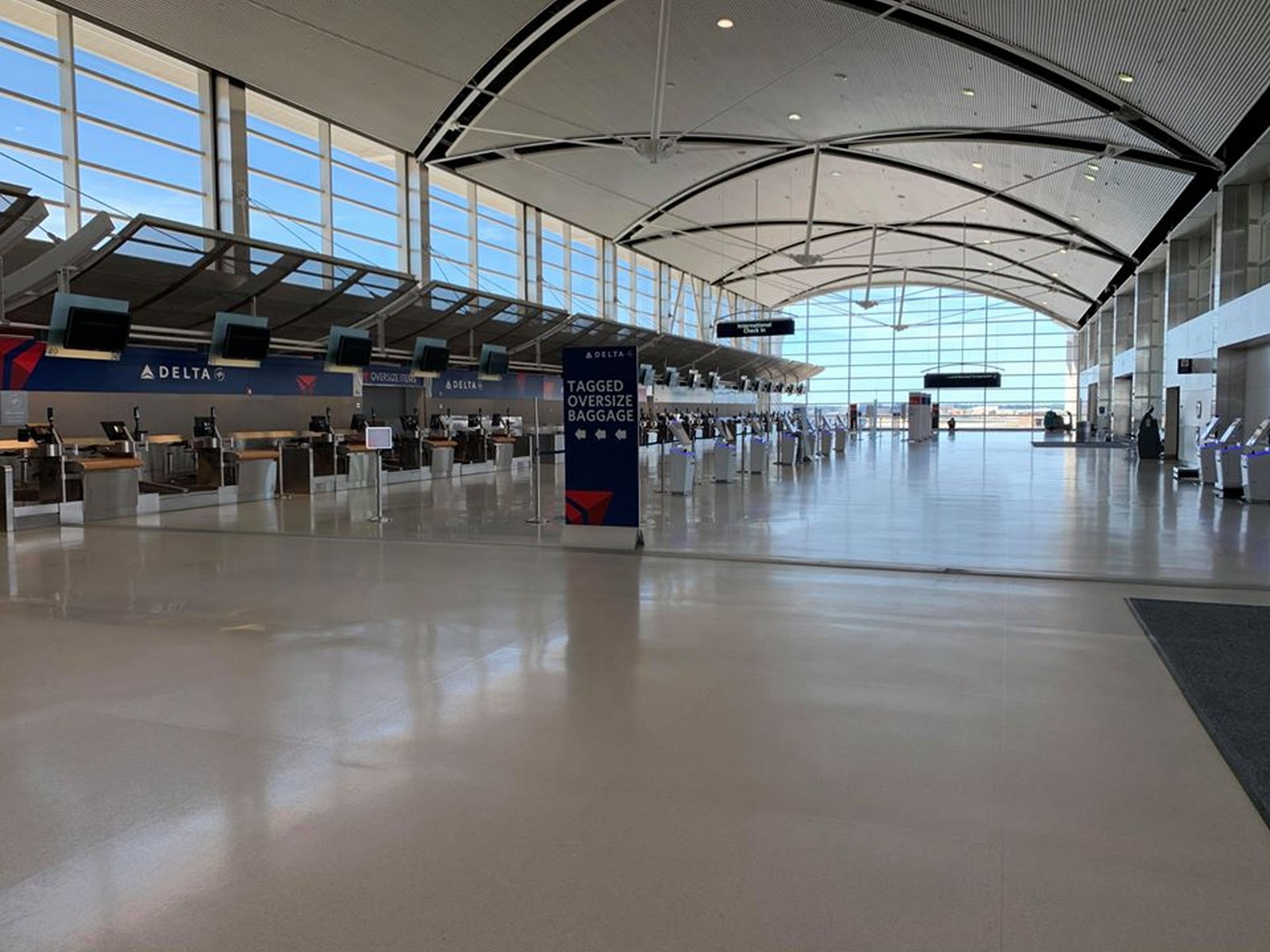 Requirements Before The Flight

As you already know, my buddy had booked a direct flight from Detroit to Amsterdam in Delta One using Virgin Atlantic miles.  This is one of my favorite partner bookings out there, thanks to being a Delta hub captive. This flight goes for only 50,000 miles one way in Delta One, less with Amex transfer bonuses. That is hard to beat. He booked his flight without any issues but he did have to fill out a form before flying. It is a form required by the Dutch government.  It asked expected questions like, have you been in contact with anyone that has had the virus in the past 14 days etc.  When boarding the flight the gate agents checked the form and as long as they were all marked no they simply wrote okay on it and let you board. They also randomly performed temperature checks during the boarding process.

The flights between Detroit and Amsterdam have been reduced from 4 per day to 1 per day.  And that is with them still enforcing capacity limits and blocking middle seats on flights. Upon boarding, the flight crew informed Tim that the seats were cleaned inside and out. But after checking the seat he found a large hair which lead him to doing my famous sanitizing wipe cleansing anyway. Masks were also enforced the entire flight, even though Delta has come out and said they will not remove passengers if they don’t wear it.

My buddy said the service was very condensed and pretty much limited to meal service only. The meals were also all served at once instead of over multiple courses like normal.  This is most likely done to keep social distancing at a maximum for as long as possible. He was offered one pre-dinner drink and if he wanted anything outside of meal service he had to go to the galley and request it. The flight attendants were not walking around the cabin much like they normally do. There was also breakfast service but he slept through it so nothing to report there. They also required two security checks in Amsterdam which is different from the normal customs protocol there.  The first one was from their version of the CDC called RIVM. They asked my buddy to show his form that he had previously filled out. They also asked him if he was in transit somewhere else or if I was staying in Holland. When he informed them he was staying they asked if the answers on the form were still true.  They were also doing random temperature checks during this process. The Netherlands expect you to quarantine for 14 days upon landing, if you are able to.  He was staying for less than 14 days so he informed them that it wouldn’t be possible. The regular customs line was pretty routine outside of the required spacing.  They didn’t ask any questions really since he was entering with a Dutch passport. Customs On The Return Flight

The return flight and experience was much of the same. But I thought it would be interesting to share the customs/entry process when coming back to the United States.  It was a much more detailed experience, as expected, and a lengthier process then he saw in Amsterdam.  Luckily his plane was the only international flight in Detroit at the time. He was also one of the first people off the plane since he was in Delta One.  If you are flying into a busier airport or during a busier time be prepared to wait.  He said the whole process took 30-45 minutes and that is with there being no line. Here was the process:

They asked expected questions like, did you experience symptoms of COVID-19? Where were you while abroad? Why were you abroad? Did you get in close contact with anyone with COVID-19? He said they were really focused on why you left the country during the question process.

I want to give a big thanks Tim for sharing his experience with us. I owe him many post pandemic beers 😁.  It sounds like a somewhat stressful experience but I thought it was worth sharing.  Many people have family overseas and may find themselves in a similar situation.

It sounds like the flying experience as a whole is greatly diminished, as well as, the extra scrutiny at the borders.  That is one of the main reasons I canceled our trip to Maui.  The travel experience just isn’t worth the time or money right now in my opinion.  And that isn’t even considering whatever risks are involved with travel.

What do you think of the process of flying internationally during covid-19?  Less burdensome than you expected or more so?  Share your thoughts below.

What It’s Like to Fly Southwest as an Unaccompanied Minor

I share my experiences flying as an unaccompanied minor for the first time, taking a domestic flight on Southwest Airlines.
Read more
Trip Planning

How to Spend 72 Magical Hours in Oslo, Norway

Our guest post looks at how to spend 72 hours in Oslo, Norway, including tips on activities, sights, sits, food & lodging.
Read more
Disney

Tips for a Great Trip to California Adventure with a Toddler

Our guest post looks at a recent trip to California Adventure and shares some tips for planning your upcoming visit with a toddler in tow.
Read more