Should I Learn The Local Language When Traveling? How Important is it to Learn the Local Language in a New Country?

Is it important to learn the local language when going on vacation? I’ll start this one with a bit of a disclaimer. I love languages and will often do my best to learn the local language. I’ve learnt a few to advance levels and dabbled in a few more as I’ve travelled and gone through school. I think language learning is the best thing, opening up so many more cultures and so much more of the word. So I might be a bit biased. And, (spoiler alert), I’ll probably conclude this with a big “YES”.

But I understand it isn’t for everyone. And those people who say they’re not good at languages? Don’t worry. I hear you. I studied languages at university and was in a whole class with people who were ‘good at languages’, so I can safely say I’m not.

How did I come to learn so many languages, then?

Well, it’s mainly my love for talking to various people. And the more languages I’ve learnt, the more rewarding it gets.

So, without further ado, let’s chat about learning the local language when you’re travelling or living abroad.

Learning the local language is not going to close any doors, that’s for sure. But it almost certainly will open doors for you.

Honestly, I can’t begin to list the number of doors that have opened for me since I started learning languages. At first, I travelled and then learnt languages. Then, I found it to be the other way round; learning languages fuelled me and gave me opportunity to travel more.

In my opinion, one of the best ways to learn about a new culture is by learning the language. An example I love to pull out here is how various countries say “not my cup of tea”.

In these examples, you can see what each country puts forward as important (if even just stereotypically!). British love their tea, Germans and their beer, Chinese and their food!

Not only in this respect, but when you learn the local language it also opens doors as I mentioned above, which further helps with cultural immersion.

If you really want to understand a culture, learning at least a bit of the language is imperative.

This never goes unnoticed, and we take it for granted as native English speakers when someone speaks some English to us in a poor accent.

Well, speaking English with an accent only tells you one thing: they know at least more than one language!

Plus, if you’re thinking about sticking around for some time in the country (maybe you’re living or working there for a short time), it’s only polite to learn at least a few key words.

Seriously. The best way to learn a language is to be immersed in it.

We are motivated as we NEED to learn in order to express what we want and need.

We’re surrounded by the language.

I will always stand by these two things you need to learn languages: motivation and exposure. If you’re in a foreign country and travelling for at least a few days or staying there for a longer period of time and they don’t speak much English, you certainly have motivation to learn. And exposure comes naturally! Take the great opportunity to learn some Spanish on your trip to Mexico. Or, like me, learn Chinese whilst you’re exploring the streets of Shanghai or Beijing.

Not Everyone Speaks English

I’ll end on this important point, which I cannot stress more: not everyone speaks English. And, moreover, you shouldn’t expect them to speak English.

Certain countries have a population that speaks English very well. For example, Switzerland or Sweden. Here, you could perhaps presume that a language barrier would rarely be a difficulty. Some countries learn English but dislike speaking in it, for example, France. Other countries just really don’t learn it so much. Japan, Korea, and China come to mind with this one. Don’t be annoyed if the waiter doesn’t understand your order, or the assistant at the train station doesn’t understand English. Remember, English may not be considered the most important second language to learn in these countries. For example, in Korea, you might be better off as a Japanese person who can’t speak Korean than an English person.

ALSO: HOW TO VISIT AN ONSEN IN JAPAN An obvious one, but I’ll put it in here anyway! Try navigating the Tokyo or Moscow subway system without knowing a word of the language. Google translate can’t help you here, since you can’t even read the alphabets to type in the word to translate it. And now you’re lost in the subway and can’t speak to any locals to ask them…

Maybe you’re driving round in France looking for a place to stay for the night? Or looking for a restaurant in Germany? Don’t expect these will be signposted in English, too…

Learning a bit of the language can help with hailing a cab, getting directions, ordering something in a cafe… etc etc etc!

So these are all the reasons why you should learn the local language.

We didn’t really tackle “IF” you should learn the language when you travel. That’s mainly because there are so many more reasons WHY you should, instead of shouldn’t.

But of course, language learning isn’t easy. I’d say a bit of judgement is needed.

If you’re going to a country for 2 or 3 days, then maybe you want to learn ‘please’ and ‘thank you’.

If you’re going travelling around one country for a month or more, learning that language will probably be very beneficial, and it may take you places in the future, too. (Companies love to employ native English-speaking bilinguals!)

If you’re going to a country to live somewhere for a certain time period, then it’s just polite to learn at least a bit of the language. Not doing so would be an awful waste of your time and opportunity.

Learning the Local Language is Important, But…

Saying that, I’ve been in Tonga for close to 18 months and haven’t learned more than three words in Tongan – despite the fact that I love languages. So I suppose it also matters what language it is, and how much English that country speaks (most Tongans can speak fluent English.)

And some final closing words of inspiration: the more languages you learn, the easier it gets! Don’t be scared of learning languages. Confidence really is key. Start out with one, and in a few years time who knows? You could be an advanced speaker of Japanese, Chinese, and German! 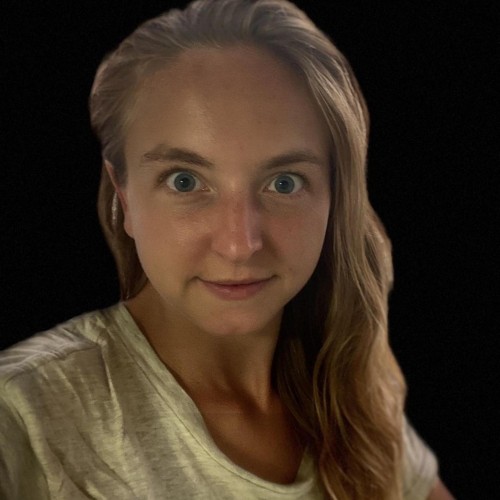