KLM 787 Economy Review: Flying from Venice of the North to Sin City I booked this flight in late March, and at the time there was also a 30% transfer bonus from American Express to Virgin Atlantic. I transferred 56,000 Membership Rewards Points, which came out to 80,000 Virgin Atlantic points: 25,000 per person for two people for our return, plus 15,000 points per person on the outbound flight. This is because our outbound flight wasn’t in “peak” season, while our inbound was. Either way, the tickets were going as high as $2,000 a few weeks out, meaning we got “10 cents per point”. It doesn’t get better than that!

I’d highly recommend taking public transportation to get into Schiphol because if you were to drive in, the lines can be as high as 4 hours. We took a train from Rotterdam, and the train station is in the basement of the airport. After going up a level and following signs for the Departures hall, we had to take another people mover. But this time, there was an agent that checked boarding passes to see if you were there more than 4 hours before departure. We didn’t have boarding passes, but he asked us where we were going, and when we told him Las Vegas, he didn’t know when the flight left, so he let us go up. This is kind of a useless procedure, as we were there more than 4 hours before departure, and he didn’t care.

I went to one of the check-in kiosks, but it didn’t let me check in. The line took us about 20 minutes to get through, and once we did, since we weren’t checking any bags, she told us the reason we couldn’t check in is that the computer required health documents. If we weren’t American, we’d need to show vaccination status, but since we are American, we didn’t need any documents. Because of that, she overrode the system and we were through. There were two security lines, and people were being sent to both. One of the lines stretched outside, and the other one was inside. I learned that the longer one was for travelers staying in the Schengen Zone, and the line we were in was for Non-Schengen flights.

The line was about ~50 feet long for security. The escalators are turned off because if they were, there would be injuries as there isn’t enough room for people and their bags. Once we got through the line, which took about 30 minutes, it was quite quick. Then, after waiting for about 5 minutes, we went through immigration. Note that if you are over 16, which I am not, you can use the e-gates, which are much quicker. There are two Priority Pass Lounges at Schiphol: The Aspire Lounge in the Schengen Area and another Aspire Lounge in the Non-Schengen area. Our flight was leaving from the non-Schengen part, so we went to that lounge. But, we were leaving at a peak time, so when we got there, there was a sign that said Priority Pass was not accepted. I’ve seen mixed reviews on this lounge, so I can’t imagine that we were missing out on too much. We went to a store and got a snack and drink and then went to our gate.

If we had status on a SkyTeam airline, we could have used the KLM Crown lounge, though I’ve heard it can get quite crowded. After about an hour after clearing security and immigration, it was time to board our flight. I got notified by the Schipol app that our flight was delayed by about 10 minutes before being texted that same message. Because of this, I’d highly recommend downloading the Schiphol app, as it will likely notify you of delays before the airline will. After waiting around 30 minutes, it was time to board. We were in Group 4, which is for Main Cabin passengers.

KLM 787 Economy Class is arranged in a 3-3-3 configuration, which is the standard 787 economy configuration. The seats have a pitch of 31 inches and are 17.5 inches wide. Overall, this is average, and it is the same as how Virgin Atlantic arranges its economy cabins.

Like many European airlines, KLM now charges for seats. This meant we had two options: pay $33 for an average economy seat, or “take the gamble”. We chose the latter, and although we had someone next to us when we boarded, he moved right before takeoff. This meant we had our own row, which makes all the difference on a 10-hour flight.

There are two power ports, which are located in between the middle seat. There is also a USB port located beneath the IFE screens.

That brings me to the IFE system. Although the KLM moving map has to be one of my favorites, I am not a fan of the IFE system. In both Dutch and English, I’ve found that when I traveled on KLM last year and this year that there is very little to watch. Considering that KLM has a flight to Tokyo that is almost 15 hours, it is important to have a good IFE system, so this is one major drawback of KLM. Fortunately, my mom and I had TV shows downloaded, so I’d recommend doing the same.

Wi-Fi was also available. For 8 Euros, you could get an hour of Wi-Fi, or for 18 Euros, you could get Wi-Fi for the flight. As long as you plan to be up for most of the flight, the 18-euro plan is a no-brainer. There is also free texting available, but when I tried it, it didn’t work. I’ve never used Wi-Fi unless it’s free, so I didn’t buy it on this flight.

After boarding about 20 minutes late, I thought we would be ready to take off shortly after getting seated, but I was wrong. The captain then made an announcement that we would be waiting for some cargo. But, about 40 minutes later, we were still waiting. Finally, we were informed by the captain about an hour and 10 minutes after our scheduled departure that we were ready to take off. However, there was some good news. He told us that they had loaded extra fuel on the plane, which meant that although we would be leaving over an hour late, we should only arrive in Vegas about 30 minutes late. Sure enough, he was right!

About an hour after takeoff, we were given a bottle of water and a disinfectant wipe. Then, about 15 minutes later, we were served our meals. My mom and I both got the Penne pasta. Like our previous flight, the catering did not disappoint. It also came with a bread roll and a side of salad. I also like that, unlike many airlines, KLM has Fanta.

About 5 hours later, we were given a second meal. It came with a pizza roll, along with a macaroni salad, and a dessert, which I, unfortunately, can’t remember the name of, but it was exceptional. Overall, KLM has to be one of my favorite airlines for catering, as I’ve yet to have a bad meal.

I really liked the service on this flight. The flight attendants constantly passed through the aisles, and they were overall very friendly. The service isn’t as good as you’ll find on Asian airlines, but it’s definitely better than the US airlines.

Our arrival in Las Vegas was very bumpy, but we made a gentle touchdown into Vegas. This concluded a 20-day trip around Europe. Vegas isn’t usually that busy for international flights, but an Aeromexico and Volaris flight landed right before us. This meant the line for foreigners was very long, but the American line wasn’t too long. Before we knew it, we were back in the 113-degree heat!

Overall, I’d definitely fly KLM in Economy again. If we were connecting in Amsterdam, I don’t think the lines wouldn’t be as bad. But, the economy product is overall great. The service was great, as were the food and amenities. Thus, I highly recommend KLM Economy and also highly recommend it if you can’t fly in business class.

What are your thoughts on KLM Economy? Let me know in the comments section below! 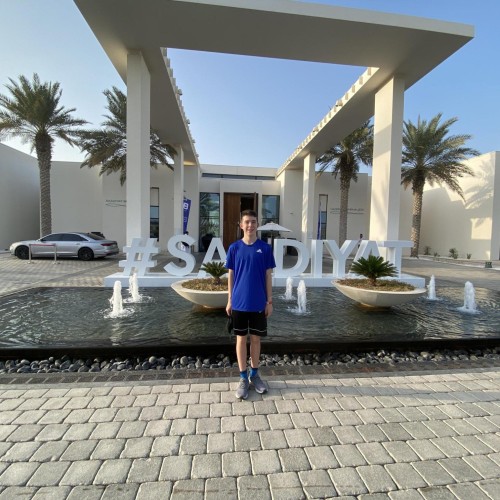 John Ryanhttp://www.milestomemories.com/author/johnryan
John is fifteen years old and is addicted to the world of points and miles. He has been to forty-nine states, fourteen countries, and has flown 70,000 miles in 2021, which is the equivalent of flying from Vegas to Europe 14 times. He is also a Las Vegas fanatic and he has lived there his entire life. He loves figuring out ways for him and his parents to travel cheaper, even while he is in school. His goal is to go to all fifty states by age 16 and to hopefully be the youngest male to visit every country.

We Show You How To Make Your Trip To Venice, Italy Perfectly Magical